Katie Rose Hillegas and her husband Jay Erickson have created a 4-acre meadow garden at their home in Pawling, NY.  I spoke with Jay about their garden, which is now in its third year, and what they learned that could be helpful to others. Here’s his story. 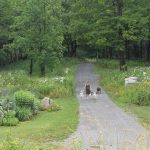 “I’ve always been a fan of meadows,” says Jay. His earliest memories of meadows include grassland plants in the Rockies where he spent summers as a boy, and early spring bluebell woodland gardens in England where he lived during part of his childhood.

Beyond the aesthetic attraction of the meadow, there is the ecological component. Compared to a lawn or traditional garden bed, a meadow garden is low maintenance, requiring almost no mowing or watering to keep it looking beautiful. “Also it puts food into the food chain,” says Jay. A diverse variety of pollen, nectar and seeds attracts a diversity of insects, bees and birds.

In 2013 the acreage surrounding his new house was cleared down to bare soil with a bulldozer. There was no need to spread topsoil or add compost or fertilizer, since most meadow plants thrive in poor soil. 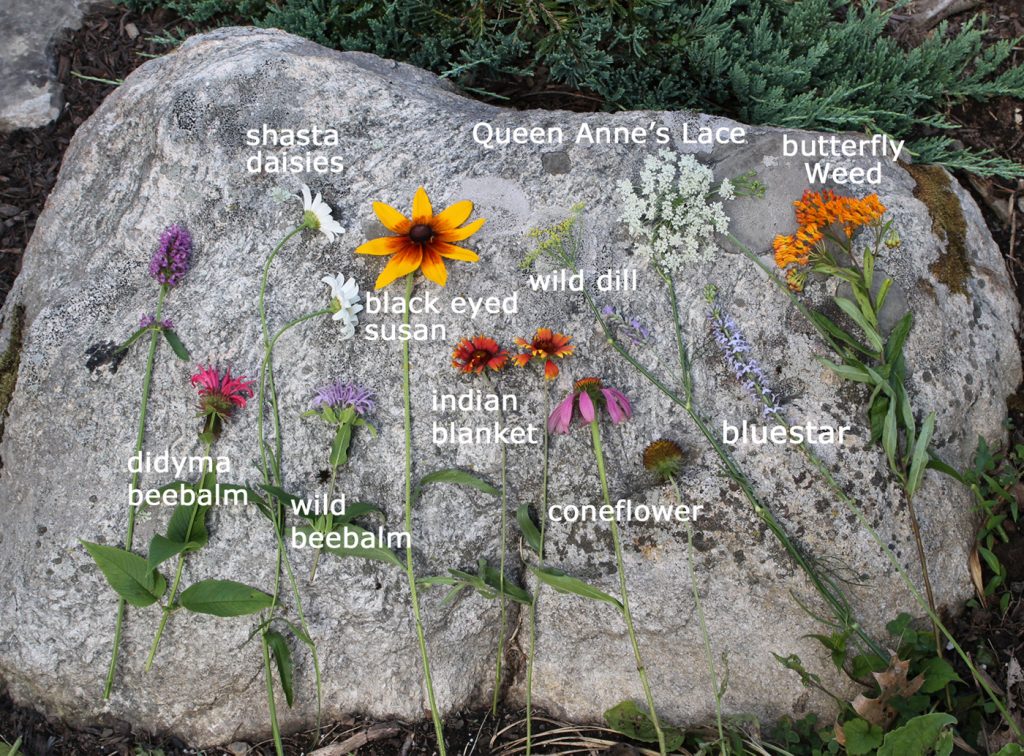 Since weed seeds are the biggest impediment to success in a meadow garden (some call them enemy No. 1), they have to be suppressed before putting in grass and flower seeds. Methods include laying down black plastic or newspaper, tilling the surface, or applying herbicides (the latter untenable to Jay and Katie Rose). Jay chose to overseed his plot since it was too large an area for laying down black plastic or newspaper. So if instructions called for 1 lb. of seed per acre, he put down 3 lbs.

In early May Jay put down a base of northeast native seed mix, which is a mix of perennials and annuals. He then broadcast seeds of specific species on his landscape in large swaths, as if putting paint to canvas. The first layer of seed also served another purpose. Since there are so many micro climates and varying soil conditions in a 4 acre area, some seeds from the seed mix were inevitably not going to thrive where they landed. Also, seed mixes have a higher mix of annuals than perennials, so Jay used only perennial seeds for the top layer he put down.

For the important seed-to-soil contact, he used a roller to compact the seed and he kept it watered to aid germination.

Watching the garden mature has been an education too. In year 1 the dominant species were cosmos and sunflowers. If he looked under the plant canopies he could see other plants coming up, but it would be another year before he saw coreopsis, echinacea and black eyed susan take their place in the panoply. Then in year 3, this year, aster finally came into its own, as did some of the milkweed he planted (though milkweed is notoriously difficult to establish from seed). 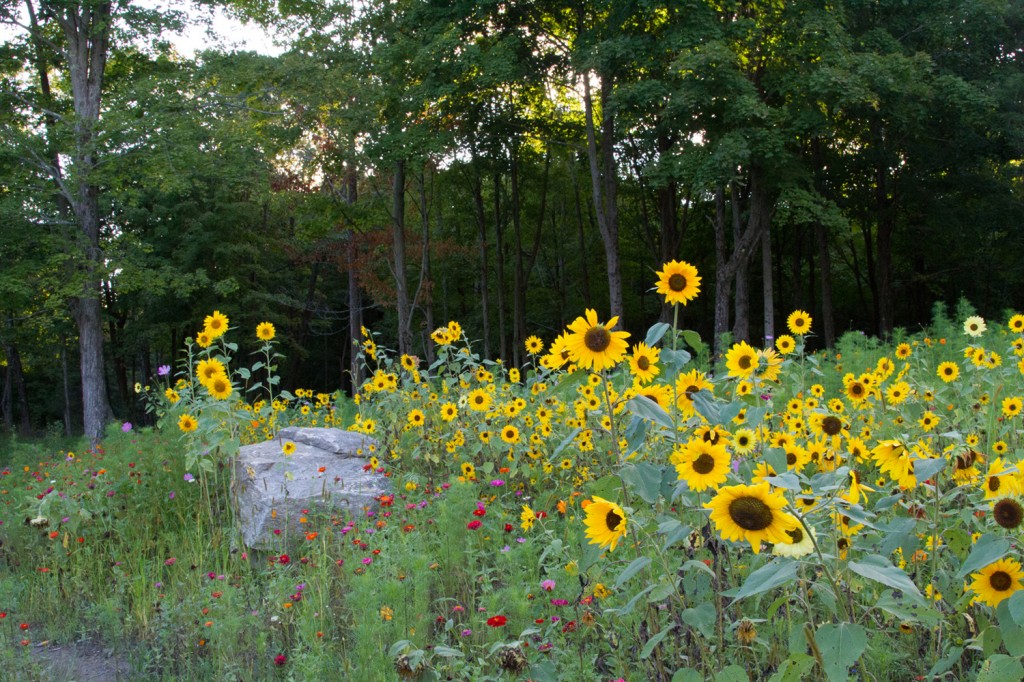 He is still waiting for his foxgloves. He sees them here and there, but not in the abundance he hoped for. He loves the way they look and the fact that deer don’t go for them. Perhaps in year 4?

At this time of year (late October/early November) he has the entire garden mowed down. This keeps invasives and woody plants from taking over, and helps spread seeds. It also robs furry mammals such as mice, which are hosts for the Lyme disease bacteria, from making a home close to his house. Without the cover of plants mice are more visible to hawks. 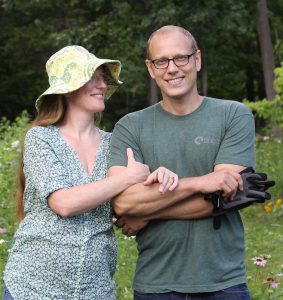