The Monarch Butterfly, like the bee, has become the poster child for pollinators in trouble.

The sharp decline in Monarch populations in recent years has gotten the attention of scientists and ordinary citizens alike. It has spawned a movement of citizen scientists who are taking action! Read below to learn what efforts are being made to bring back monarchs. 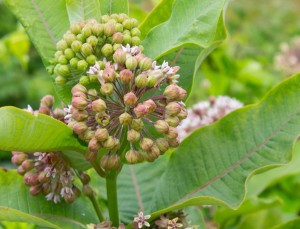 Project Native in Housatonic, Massachussetts, is a non-profit grower of native plants and a learning center. It also provides a waystation for migrating monarchs. When the monarchs travel through each year, Project Native enlists the public to help calculate their numbers and tag some of them. The hope is that when the monarchs arrive in Mexico researchers can trace their migratory path through the tags. To find out more about the work they do with monarchs, contact Project Native at: Projectnative.org

Milkweed Plant Give Away

When monarch populations started to dwindle, scientists looked to the one plant that monarchs are dependent on for their very existence: the milkweed (genus: asclepias). Looking at the milkweed they were not surprised to discover a sharp decline in its presence as well, mainly due to habitat loss and widespread use of insecticides.

I read about milkweed plant give aways being staged in other towns, so I decided it might be a good idea for us to do one at our local farmers market, sponsored and paid for by our local land trust, The Oblong Land Conservancy. One Saturday in June we gave away over 100 milkweed plugs, of the swamp variety (asclepias incarnata), purchased at Project Native in Housatonic. We helped educate our community about the importance of milkweed and were pleased by the level of interest in the plants. It was a success. If you have done something similar, please share your story in Comments below. 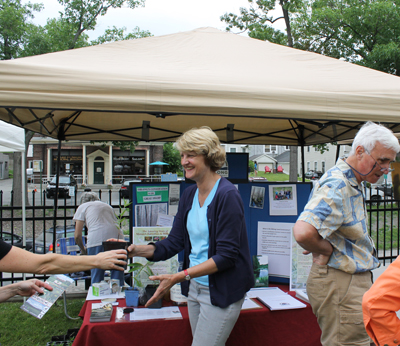 Monarch Watch is a national organization whose mission is to help restore the habitat of the monarchs. Its director Chip Taylor recommended Nicole Hamilton for a Womanswork Profile because of the work she does for Monarch Watch.  Her efforts as a volunteer have galvanized the people of Loudoun County, VA, where she lives, to plant thousands of milkweed plants. Hamilton says about efforts to bring back monarch populations, “As long as we’re bringing back milkweed, we’re doing our part.” 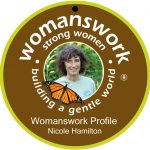 Why have Monarchs caught the imagination of the public? First it is the story of the caterpillar that metamorphosizes into a beautiful butterfly. Then it the story of these tiny creatures flying thousands of miles from North America to Mexico every year, doing what pollinators do, spreading their fairy dust along the way and contributing so vitally to the health of our ecosystem. It raises so many questions and is a fascinating topic for adults and children to ponder and learn about.