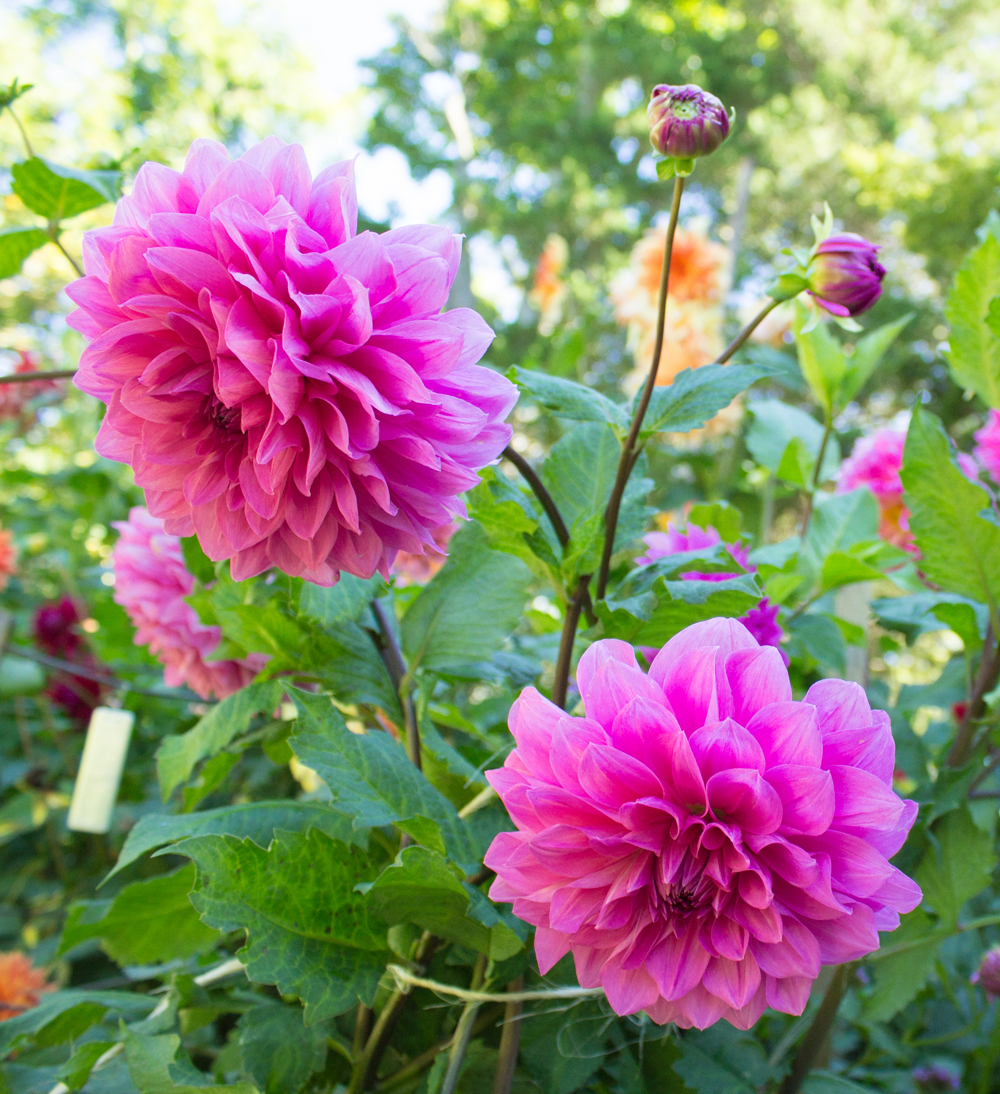 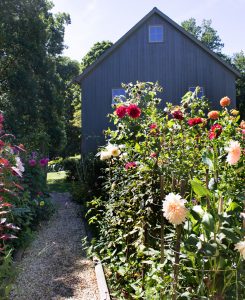 The following excerpts are reprinted from an article by Frances Palmer in the May/June 2014 issue of Connecticut Gardener, with permission.

Planting: I usually plant my tubers in late April, which is considered early. Most instructions advise planting tubers at the same time as tomatoes. Be that as it may, I dig a hole to accommodate the size of the tuber. If I am planting a new tuber, the hole is only a few inches down and the tuber is placed with its eye and/or new shoot pointing up. I then center a large tomato cage over the tuber, sticking the prongs into the ground. I further support the tomato cage with three bamboo stakes about 5 or 6 feet tall.

In some cases, when a dahlia has been saved from year to year, it can have many tubers and be quite large. I will cut a large plant with many sprouts in half or quarters. These separated tubers can be planted as well or given away. After a tuber is placed in the ground with its supporting cage and stakes, I fill in the hole with soil around all parts.

Groundbreak: It takes three to five weeks for the top of the dahlia stem to poke out of the ground after planting. The timing depends on whether the tuber is small, large, new or stored. Resist the urge to move the soil away and check! I have snapped many a new stalk in this manner and the plant is set back for weeks. Sometimes, it never recovers.
Only after the majority of tubers have broken through do I investigate ones that have not appeared. Sometimes the tuber has rotted (especially if it is a wet spring) or for some inexplicable reason, the eye did not sprout. I try to reserve a group of unplanted tubers to fill in when a planted one does not thrive.

Pruning & Thinning: When the first stalk is 8-12 inches high – again, the size of the eventual flower will be a factor in the height – there should be a small bud with two side leaves. Snap off the bud in the center, keeping the leaves. This will encourage the stem to branch out and more flowers will result as the plant matures. Flowers that are blooming in June and July can crowd the dahlias in their early growing stage. It is important to trim back or pull out other flowering plants that will block the sun or steal room from the tubers. I have a hard time editing the volunteer flowers, especially the sunflowers that self sow every year, but if they are not removed they will impact the dahlia height significantly.

Flowering: By late July, the dahlias should begin to flower. Stems generally have three buds together, a main bud with two lateral ones. Gently snap off the two side buds and this will enable the main one to shoot up straight and form beautifully. The reward is an excellent stem for cutting and arranging. 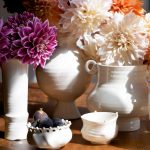 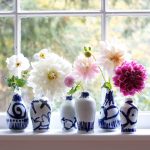 Storing tubers: People can be intimidated by the prospect of digging and storing tubers. Before explaining how to do this, it must be said that dahlias do not necessarily have to be dug. The tubers are relatively inexpensive and if you don’t have the time or inclination to dig and store, simply leave the tubers in the ground. They will not make it through the Connecticut winter but you can order a fresh supply to plant in spring.

After the first frost, the tubers remain in the ground for about two weeks or until there have been a couple more hard frosts. You have to watch the weather closely, because the plants must be dug before the ground completely hardens.

With clippers, cut off the stalks above ground to about 6-10 inches, depending on the size of the flower. With a shovel or pitch fork, gently work around the perimeter of the plant and try to find how far the tubers are extending under the soil. Carefully bring the plant up out of the ground in one piece. If some tubers fall off, these can be marked and stored as well.

Note: Frances Palmer lives in a Zone 5 climate. Dahlias are hardy in Zones 8 and up. 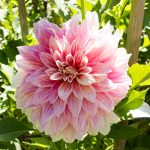 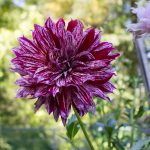 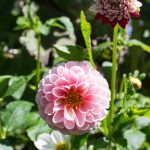 One thought on “Growing Dahlias with Frances Palmer”