Smith College, my alma mater, has a vibrant and lush botanical garden that attracts people from all around the world. It features a collection of over 10,000 living plants on the campus as well as 60,000 pressed specimens. If you ever find yourself around the Northampton, Massachusetts area, you should stop and visit. It’s free and offers a chance to see a spectacular arrangement of trees, flowers and plant life. To learn more about the Botanic Garden of Smith College, keep reading. 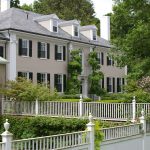 How The Botanic Garden of Smith College Began

Construction for the Botanic Garden of Smith College was originally begun during the 1880’s and 90’s. Smith College’s first president, L. Clarke Seelye, wanted to incorporate  botany into the school’s curriculum, which is how the idea of a botanical garden was spawned. With the guidance of other executive staff members, President Seelye hired Frederick Law Olmsted to design the campus and Botanic Garden of Smith College. This is the same Frederick Law Olmsted responsible for designing New York City’s Central Park. The firm created a plan with curving walkways, open space and vistas that has remained an iconic symbol in the northeast.

Over the years, the Botanic Garden of Smith College continued to grow and thrive, adding more specimens to its collection. To help cope with its growing needs, workers at Smith College added the Lyman Conservatory and Campus Arboretum. These areas provided even more space to accommodate the ever-increasing needs of its botanical garden.

Today the campus gardens and arboretum include The Japanese Garden for Reflection and Contemplation, The President’s Residence Gardens, The Systematics Garden and Perennial Border and The Rock Garden.  Each garden has its points of interest. For instance, The Rock Garden is one of the oldest alpine gardens in the US.  It was modeled after the alpine collection at the Royal Botanic Garden, Kew, in England.

Then there’s the greenhouse, called the Lyman Conservatory, built over 100 years ago with over 12,000 square feet of space. It was constructed for the sole purpose of housing plants that were native to more tropical regions and environments. All of the plants grown and raised here are watered by hand, not with a time-controlled sprinkler system.

Hopefully, this will give you some more insight into the Botanic Garden at Smith College. It’s an extraordinary garden that’s teaming with plant life. It’s open through most days of the year with the exception of Thanksgiving, December 24 and January 3. Even on those days, however, you can still check out the Campus Arboretum. 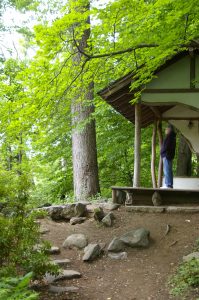